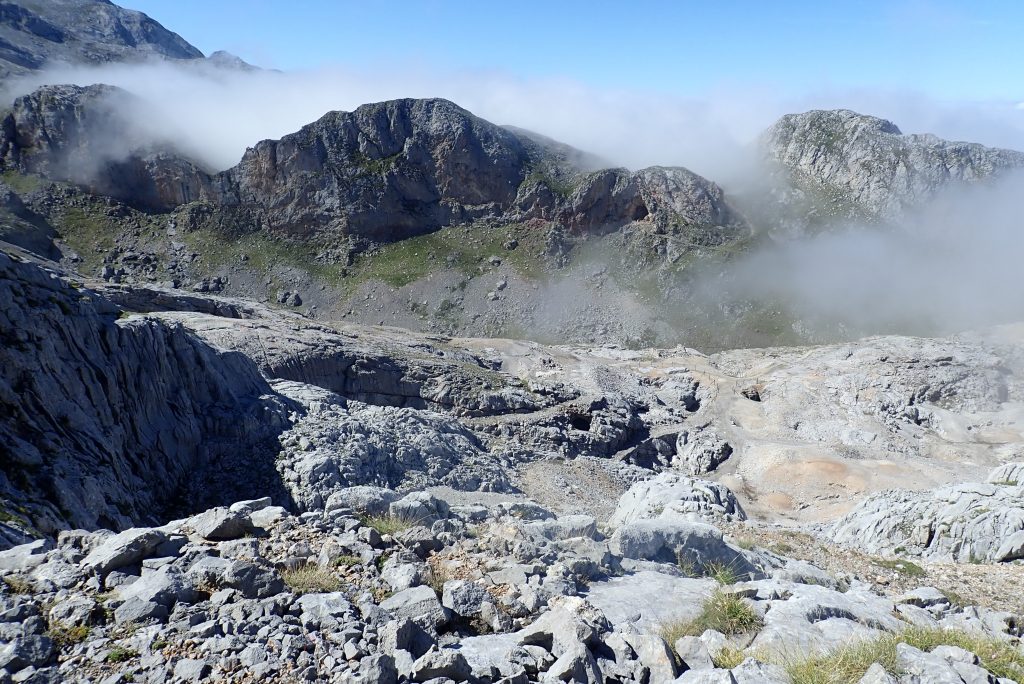 The latest Tresviso Caving Expedition is planned for this summer and once more a blog will be attempted. Additionally, a long weekend pre-expedition trip is planned.

The Picos de Europa is a range of mountains 20km inland from the northern coast of Spain, forming part of the Cantabrian Mountains. It consists of three main areas, the Central, Eastern and Western Massifs. It was the Eastern Massif that drew the attention of Lancaster University Speleological Society (LUSS) in the early 1970s.

The early years were spent pushing Cueva del Nacimiento (Cueva del Agua) located at the foot of the mountain range. Over the years this was pushed to around the 11km and +300m mark, but after several years the cave was abandoned as the major routes sumped and no continuation could be found. LUSS turned their attention to the Andara region higher up the mountain range and sought caves that would drop into the Nacimiento system and create a record-breaking 1500m through trip.

They eventually found a number of deep caves around this ‘top camp’ area. Sara, Tere, Flowerpot and the -1169m deep Sima 56 (at the time one of the deepest in Spain) were all pushed to respectable depths.

Many years were spent pushing the top camp systems but the way through remained elusive.

The idea was always to connect Sima 56 through to Nacimiento, a through trip of around 1500m vertically and ~5.9km horizontally. Exploring Sima 56 downwards is an incredibly large undertaking (approx. -1129m deep, lots of pitches).  Upwards from Nacimiento will also be difficult, the furthest point in 1986 was a +200m ascending ramp, followed by some avens with surface debris. Depending on what you look at, the difference between Sima 56 and Nacimiento is about 3km, but they have overlapped height wise.  Some of the known undescended shafts on the Sierra del a Corta are right above the furthest point of Nacimiento.

In 2005 a small SWCC trip found a number of undescended shafts on the top of the Sierra del a Corta. Al2 remains unfinished.

In 2009 a joint SWCC & SBSS trip further explored Cueva del Entre Cuetos, located on the Sierra del Corta. The 1996 limit at -100m was passed and the cave extended down a number of new pitches to an immature stream way that may repay a further visit

In 2010 SWCC and SBSS spent 10 days examining leads around the Sierra del Corta and Valdeladiezma, including a number of promising draughting shafts. (T69, T507, T504). Torca Septrin, on the Pico Boro, was also revisited and extended for a few more metres and remains an ongoing project.

In 2011 SWCC Cueva del Nacimiento was successfully bolted and re-rigged all the way through the cave and up to the current limit of exploration in the final Death Race 2000 chamber. T69 was investigated further with some digging revealing the head of an un-descended shaft.

In 2012 SWCC spend 3 weeks further exploring Cueva del Nacimiento, including a successful dive of the Upstream Sump, not visited since 1986, extending the sump further and deeper. Death Race 2000 was climbed and a series of pitches descending back toward stream level was discovered.

In 2016 the Tresviso Caves Project spent 2 weeks exploring Cueva del Nacimiento and climbed a number of avens in the Die Hard – Jurassic World area. Additionally, Pozo Natacha (in the Mazarassa mine area) was rigged ready for the next expedition. 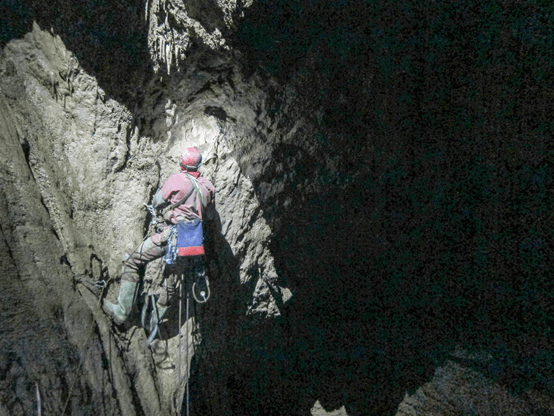 The expedition has a number of objectives. The following are a few primary objectives:

A 3-10m rift heads off from the Pina Colada sump

The 2017 expedition partly continued climbing a promising aven, part way up the Teeth of Satan ramps. The aven requires completing with a possible continuation at the top.

Unexplored sections of passage near the 1970’s Terminal Chamber.

Approx. 200m above the furthest point in Nacimiento is the Sierra del Corta. A heavily wooded area with a number of promising leads, that could potentially drop into Nacimiento and provide an easier route into the back to aid exploration

The 2014 trip re-discovered a large 100m shaft on the Sierra del a Corta. Another good central location for dropping into Nacimiento, this requires some digging at the bottom

Al2Discovered in 2005. A drafting shaft not yet bottomed. Jurassic World in Nacimiento appears to be heading directly towards this site

Time and resources permitting there are a number of secondary objectives that will be attempted: