Yesterday three teams entered Marniosa (2pm) with all three initially helping with the transport of dive cylinders to the top of the short pitch down into the main streamway.

Russ and Nick then headed back towards the entrance photographing the cave. Russ has a proper camera with fancy flash units so has captured some pretty awesome pictures that show off Marniosa.

Emily and David headed upstream with the intention of pushing as far as they could but were soon tharwted by a boulder choke. With a too tight squeeze and sketchy traverse they decided to head back and join up with Russ and Nick to support the photography team.

Bob and Duncan headed downstream to complete the rigging of the instream pitches. With a 33m rope left from the earlier rigging trip and about 6m cut off some unused rope from a higher pitch we travelled downstream rigging the 3 remining pitches.

The Main stream has many chert nodules offering good hand-holds that can break off at any time! There is a steeply descending section with amazing eroded rock and pot-holes providing a very sporting up and down trip, often requiring one to traverse several metres above the stream to continue. We rigged the final pitch, ran out of rope and got to a large pool, which was just upstream of the sump. 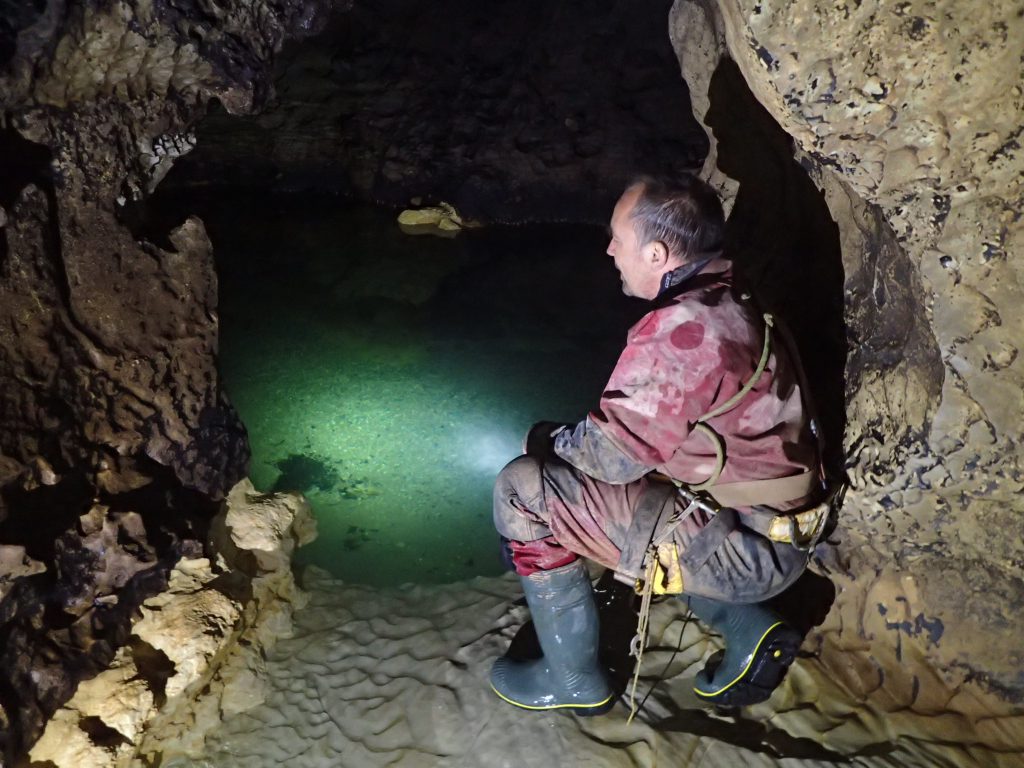 Neither of us wanted a swim; we had achieved our primary goals (drag dive cyclinders in and complete rigging) so we returned to the entrance and caught up with the photography team at the big pitch.

When we finally got to the surface (9pm) we were greeted with mist and rolling thunder!