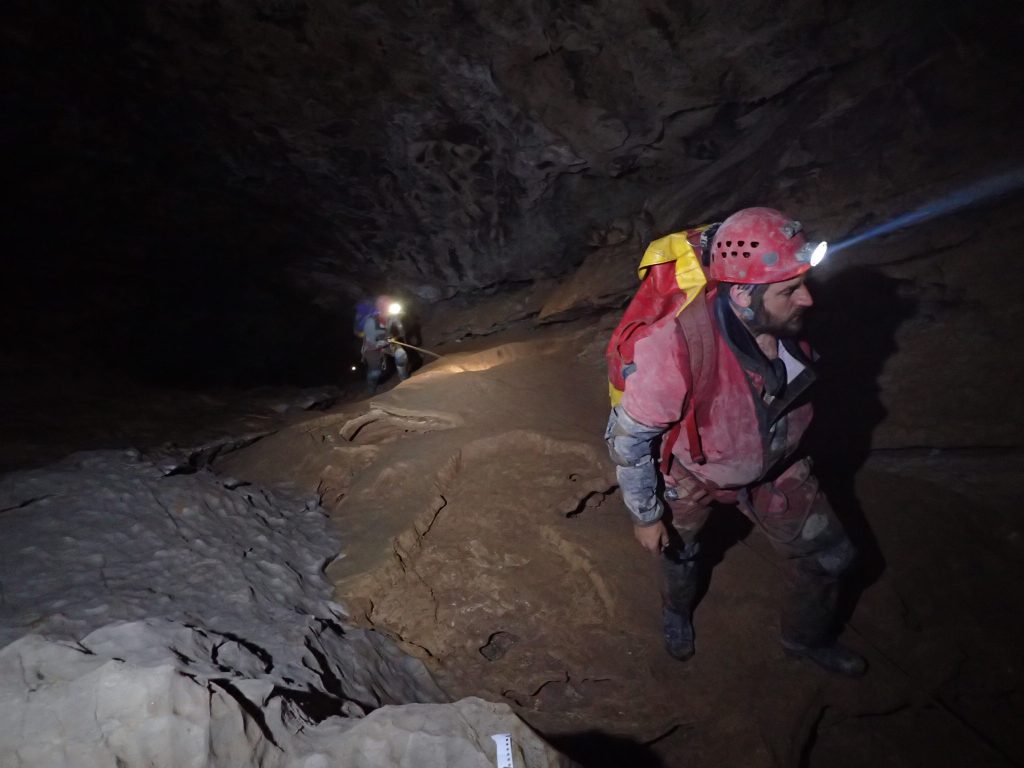 Yesterday Russ, Nick, Emily, Derek and Duncan entered Agua, it was Russ’s and Nick’s first visit. Primary goals were to replace the aging rope on the ramp, photograph Agua and explore a lead off boulder hall on the way to Tea chamber.

We were also asked to retrieve an abandoned tackle sack from boulder hall.

We got into Agua about 1pm and dragged the two bags of new rope into the cave and all the way to the top of the Ramp.

Leaving the rope there we then made or way to boulder hall. Here we split into two groups, Russ, Nick and Emily headed back towards the ramp photographing, whilst Derek and Duncan explored a drafting lead at the top of the pitch down to Tea chamber. This was going to require a tricky high traverse requiring more time and equipment than we had, so after an hour or so we headed back towards the entrance to catch up with the others. 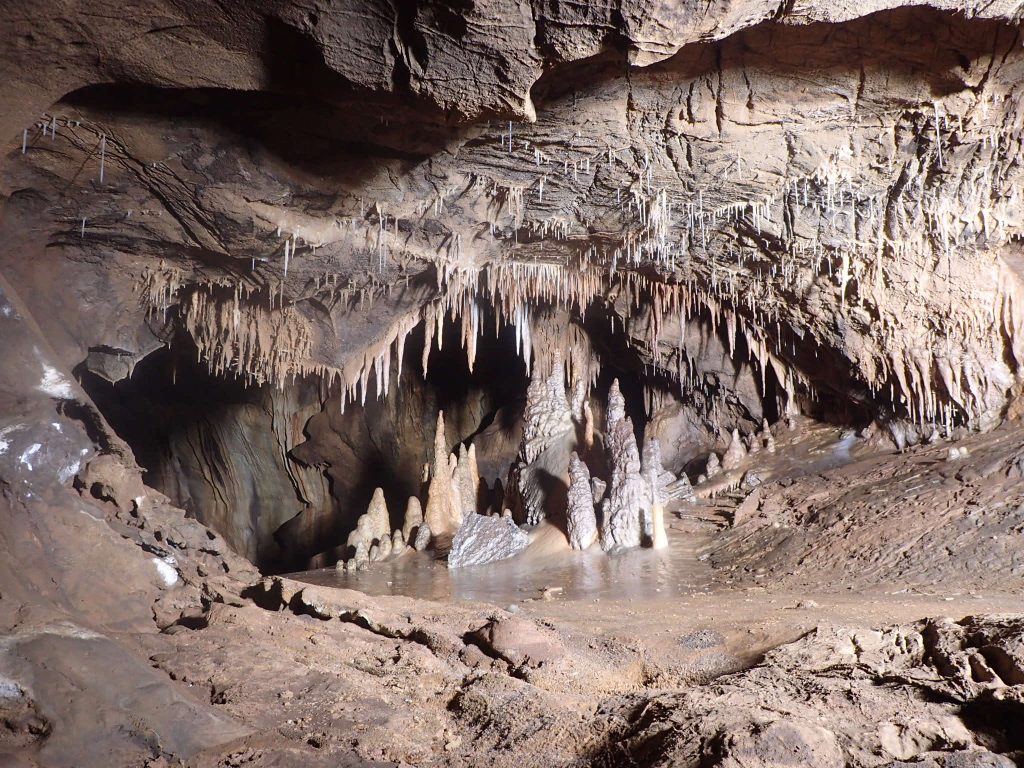 The others had been busy, by the time we had got back to the ramp the other team had replaced the rope. The top rope does not quite reach the middle level. It was a lovely smooth abseil instead of the usual muddy and slow descent.

We caught up with the others at Clapham Junction whilst they photographed the pool.

Derek and Duncan did do a short bit of surveying just off Clapham Junction.

We then caved out dragging the old rope and extra tackle bag whilst capturing a few photos.

After the final photos of cavers crossing the entrance pool in the dinghy  were taken we then headed up and out of the gorge. 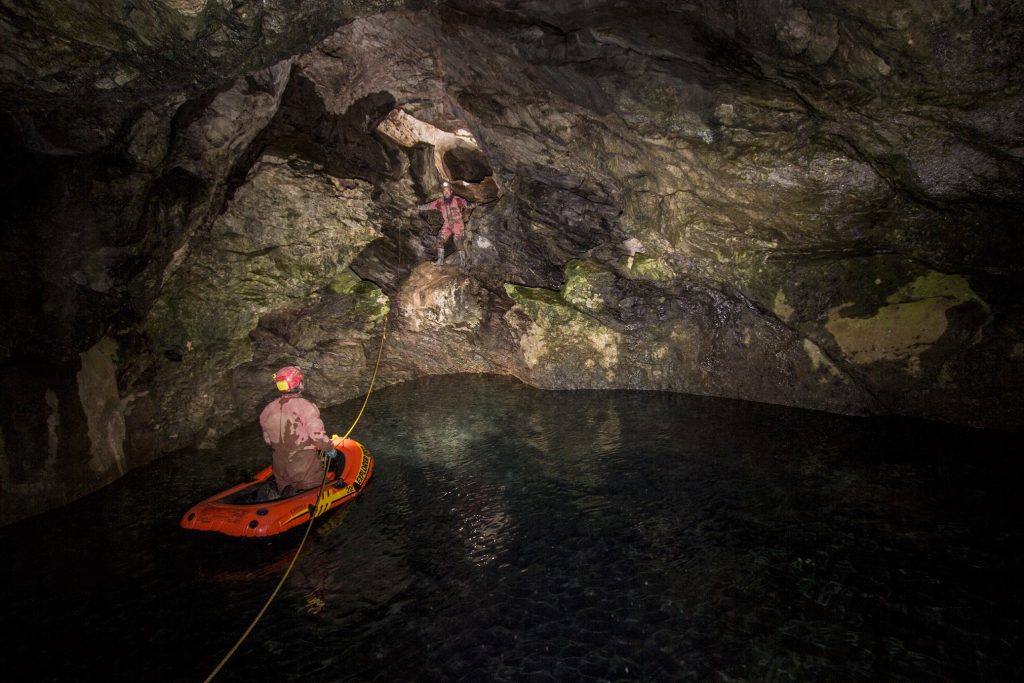 With all our personal kit and three bags of rope it was a hard walk out. We had to share the carrying of the abandoned tackle bag between us. We eventually arrived in Tresviso at 10pm.

A quick shower, food and straight to the bar until we got kicked out at 1am!